The cantilever is the most common sensor of the force interaction in atomic force microscopy. The atomic force microscope acquires any information about a surface because of the cantilever beam mechanical deflections which are detected by an optical system. In noncontact microscopy, resonators of the tuning fork-type are frequently used. Such sensors require tracking of the resonance frequency shift upon the probe-surface interaction onset.

Normally, cantilever is a beam in the form of a rectangular parallepiped (Fig. 1a) having length

) or in the form of two beams connected at an angle (Fig. 1b) having a tip with length at its free end. Let us examine below the rectangular cantilever in detail. Its characteristic dimensions are shown in Fig. 1a. The probe's tip interacts with the surface. Assume that the point force acting from the sample is applied to the tip's apex.

Fig. 1a.  Rectangular cantilever with a tip. 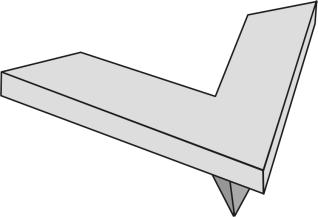 Fig. 1b.  V-shaped cantilever with a tip.

The force acting on the probe has sometimes not only vertical but also horizontal components. Therefore, the cantilever tip can deflect not only along the

-axis but in two other directions:

the normal force and longitudinal

) is linearly dependent on the applied force

in accordance with the Hooke's law [1]:

The "constant" of proportionality is the second rank tensor

which we call the inverse stiffness tensor. It contains all the information about elastic properties of the cantilever.

To find the components of the tensor

it is necessary to solve the problem of the cantilever static deformation under the influence of forces directed along different axes. For the sake of clarity, we write the formula (1) as a matrix expression:

Notice that the optical system detects not tip deflection but inclination of the cantilever top surface near its free end. Two angles are measured: deflection of the normal from vertical in the

) and in the orthogonal direction – in the plane

Instead of (2), we can write for the mathematical convenience the matrix expression relating angles

The introduced matrix, however, does not contain full information about the cantilever elastic properties in contrast to tensor